Overcoming Imposter Syndrome On My Journey Into Tech

A little over a year ago, I transitioned into tech as a career-changer with a B.A. in English and an M.A. in teaching. It wasn’t a straightforward or easy journey, but it’s one of which I am proud. I’m particularly glad to be on the other side of some nasty, decades-old imposter syndrome. 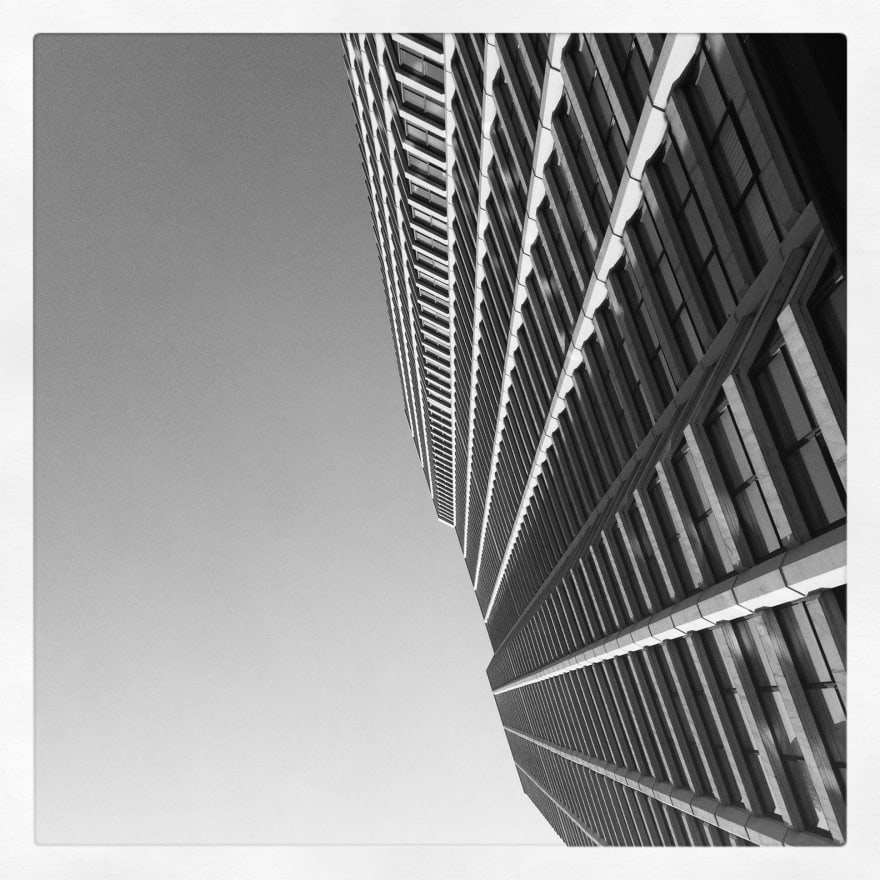 I once lived in this apartment building. In 2012, I was living here and dreaming of what I could do besides teaching - I was utterly burned out from teaching kindergarten.

A myriad of options occurred to me - working for a non-profit, teaching high school, going into fundraising, working at Starbucks . . . but I never considered coding as a serious career option. This was, in large part, due to intense imposter syndrome that had built up over the years. I’ll have to rewind a bit further to explain the origins of that imposter syndrome, however.

The Early Days: A Fun Hobby 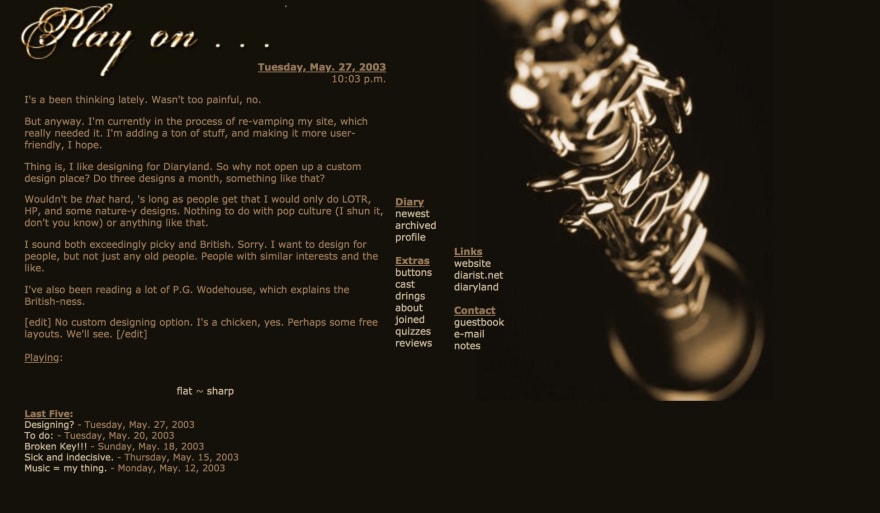 A journal layout I designed in the early 2000s

As a high schooler, I taught myself to code so I could customize layouts for online journaling platforms (Diaryland, Livejournal, Xanga, etc.) for myself and my friends. I also built a number of ~~official~~ fan sites for things like books and local bands, and had them hosted by people with their own domains (I was not nearly that advanced).

At the time, I found web design to be a fun after-school hobby. Being self-taught and driven to succeed in school, it wasn’t something I took too seriously. But it didn’t intimidate me, either.

A Whisper of Imposter Syndrome

As high school progressed, I focused more on my schoolwork than on building websites. I let my sites fall by the wayside.

I also started dating someone who was a talented programmer. I have very vivid memories of him guiding me through writing my first hello world program. I can’t remember which language we used, but I distinctly remember thinking, “This is his world, not mine. I’m not good enough for this.”

In my mind, coding was for people who loved math (I took every math class I could in high school but didn’t like it very much) and gathered with their friends at LAN parties–not for clarinet-playing, book-loving girls like me. Thus, imposter syndrome stopped me from learning more about programming at age 17. 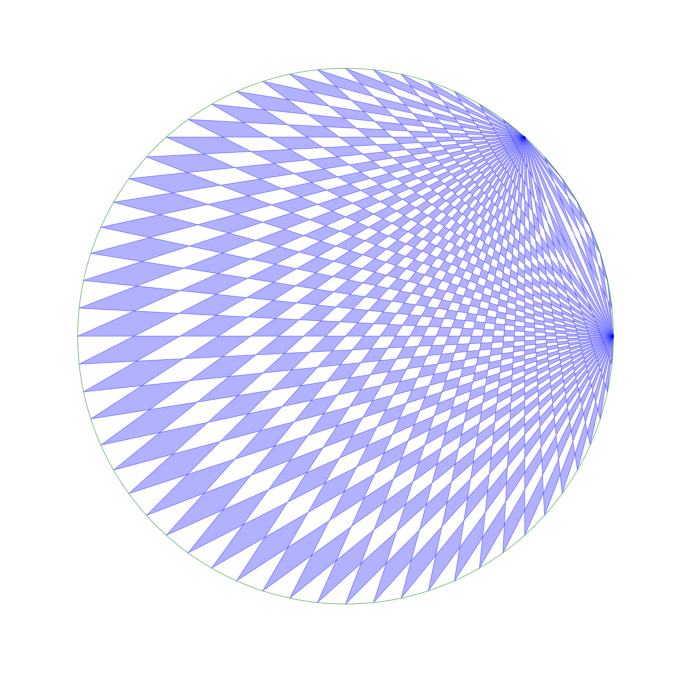 At some point early in college, I decided I was just not a science-y or technical person, despite excelling in AP science and math in high school. I eventually majored in English with a concentration (kind of like a minor) in Linguistics.

My mindset followed trends in the gender gap in STEM that has been widely researched and reported on. That isn’t to say I didn’t try - to be able to take a computational linguistics class, I had to take Intro to Computer Science.

I liked the class and problem-solving logically, but was frankly intimidated by such technical work that was seemingly without practical application. (We used Scheme to essentially generate spirograph images like the one above.) Thus, imposter syndrome and the mindset it engendered prevented me from even attempting to take the computational linguistics course or any other computer science classes. I focused instead on anthropological linguistics.

Back to 2012: I was dreaming of new jobs and career possibilities. I wasn’t bold (or jaded) enough to make a significant pivot, however; instead, I chose to teach high school.

I endured 6.5 more years in education, going on to lead curriculum design for a national non-profit after 2 years teaching high school English. The reasons I say “endured” (and why I eventually left) are significant enough to warrant their own series of blog posts.

Suffice to say, I realized in early 2018 that I would continue to get similar results if I continued doing the same things that made me so intensely unhappy. At this point, three of my former teaching colleagues had attended coding bootcamps and launched careers as developers, and I was intrigued.

By the spring of 2018, I was 100% ready to give up my career in education. The final roadblock was largely mental: what would my friends and family think about non-technical me trying to go into tech? Would they scoff at the idea? Would they support me outwardly and keep their doubts to themselves?

At the end of the day, the person with the biggest doubts was me. Half a lifetime of imposter syndrome had reared its head and nearly prevented me from taking the leap. The alternative, however, was to continue facing the monster that was my education job (again, a story for another time). So I enrolled in a coding bootcamp to try and start fresh.

Mid-2018, I turned down a job offer in education with no prospects of a tech job but every hope that things would work out. In September 2018, I graduated from my program and was hired to do contract engineering work by an edtech startup. After working as a technical teaching assistant at my bootcamp for a few months, I was hired into my first full-time engineering job. 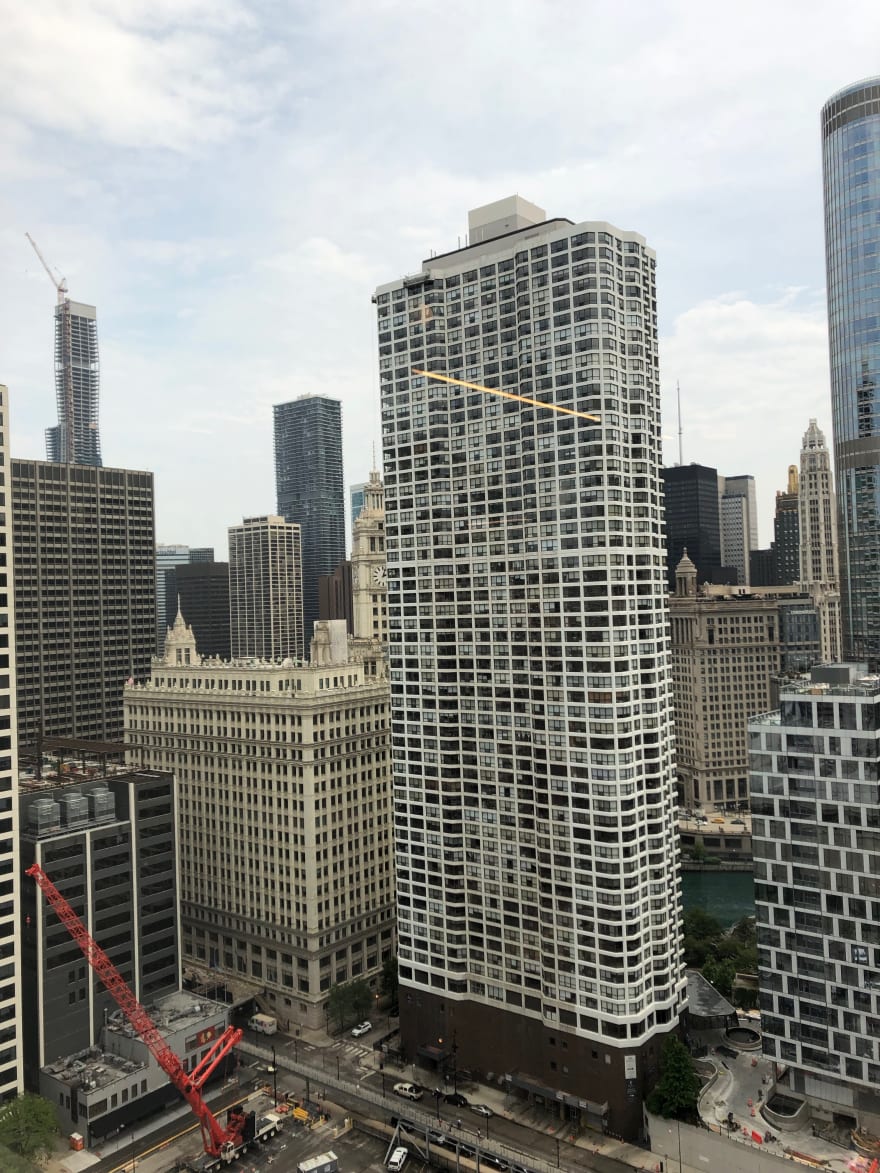 The view of my old building from my office

Today, from my office, I can see the same building I lived in while contemplating my future career. Imposter syndrome still gets me from time to time in my current work - and I’m sure it will continue to do so. But I have cleared the biggest mental hurdles that, for so long, kept me from digging deeper into something I enjoyed so much as a kid and still do today.